Elyria City Council is the City’s legislative body. The popularly elected City Council is responsible for enacting ordinances, imposing taxes, making appropriations, establishing policy, and hiring some city officials. The council adopts the local general plan, zoning, and subdivision ordinance. It consists of 11 elected members – one from each of the seven wards located throughout the city, and four At-Large members. The Mayor and City Council members work collaboratively to serve Elyria.

Elyria City Council seeks to provide, in a democratic and transparent manner, efficient and effective services which will make Elyria a better place in which to live, learn, work and play.

City Council Meetings are held in Council Chambers on the second floor of Elyria City Hall – 131 Court Street. City Council meets on the first and third Mondays of each month, except during summer recess, in which they meet on the first Monday only during the months of June, July and August. City Council members also serve on various committees to address specific aspects of City operation. 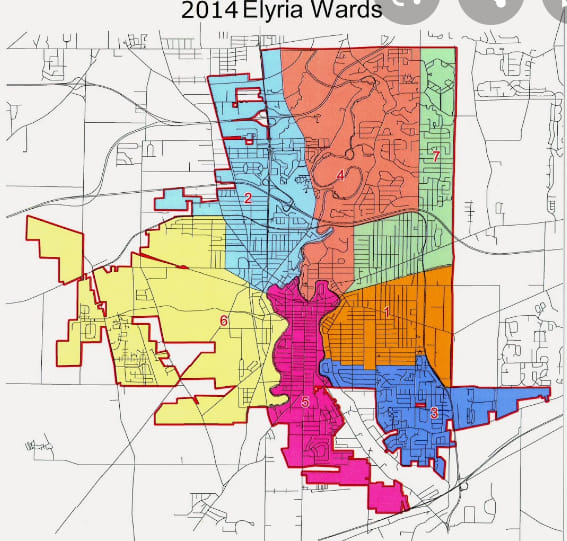