HISTORY OF THE ELYRIA WATER PLANT 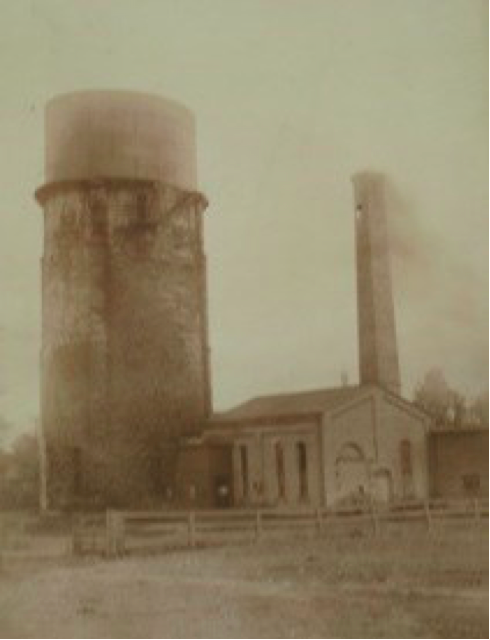 The City of Elyria was founded in 1817 and incorporated as a city in 1833. As the population continued to grow, the need for a water source became an increasing concern. In 1879 the City built a water plant and contracted with a private company for its operations. The plant’s water source was the West Branch of the Black River. This water was pumped directly to the distribution system without treatment. You can still visit the original water tower, which remains intact on Mussey Avenue.

By 1898 Elyria’s leaders realized that the river water was not safe for consumption—a number of outbreaks of disease could be traced back to  the untreated river water. The City of Elyria took over operations of the plant and they sought a more suitable source of water.

City leaders recognized the enormous potential of purifying the fresh water from nearby Lake Erie. Plans for a new plant began in 1901 with the purchase of land in Lorain along the lakeshore. The project began soon after the land was purchased for less than $3,000—a total of 6.4 acres were purchased for $407 per acre. Just two years later Elyria’s water was being pumped a full 8 miles south from Lake Erie to the City.

The demand for water continued to increase, leading to the installation of a water meter system in 1909 to monitor water use. Prior to this, homes had been charged based on the number of spigots they had, rather than on water consumption.

Elyria’s continued growth by 1916 called for a larger plant and more capacity. Additional acreage was purchased in Lorain in 1921. Nearly 5 more acres at $3,300 per acre gave the plant a footprint of 633’ by 777’—approximately 11 acres.

On July 1, 1919, the City issued bonds, after approval of the electorate, to raise the necessary funding to build a modern water treatment plant. The City entered into a contract with Morris and Knowles Inc. to draw up the plans and supervise the construction and improvements of the plant. A plant was built with the capacity to provide eight million gallons a day. This is also when the plant’s first filters were built.

The Elyria Water Pumping Plant is still located on the original 11 acres of shoreline in the City of Lorain. This conventional surface water plant is made up of 11 building structures, and rated by the EPA at 22 million gallons a day (22MGD).

The plant has two intakes: a 24” cast iron intake and a 42” intake. Both are located on the lake bottom approximately 1500’ into the lake. Potassium Permanganate is pumped to the intake crib seasonally to control invasion by zebra mussels.

HOW THE WATER PLANT WORKS

Water flows into the plant by gravity and the low service pumps bring the raw water into the mixing chambers where the following are added:

After these chemicals are mixed in, the water flows by gravity to the Flocculators where the water is gently mixed to promote formation of floc. Gravity again pulls the water through to sedimentation basins where the floc, called “sludge,” accumulates and is settled out at the bottom of the basins. This sludge is drawn off the basins daily and pumped to sludge dewatering tanks, where the Water Plant’s new centrifuge processes the liquid sludge into a dry cake which is suitable for area landfills.

The water then flows through ten anthracite carbon filters before being held in clearwells, from which it will be pumped to the distribution system. There are three (3) clearwells, each with a capacity to hold 1 million gallons of treated water.·

Water from the clearwells is pumped to consumers through three force mains with diameters of 20”, 30” and 48” leaving the water plant with a pressure of approximately 110-118psi. Northern Ohio Rural Water and the City of Amherst also have direct lines from the plant to their distribution systems.

Chemical lab tests are run hourly 24 hours a day, and bacteria tests are run daily on water from the plant, lake and distribution system. Our labs are certified by the Ohio EPA; our personnel are tested every three years by the EPA. We have three (3) Ohio EPA certified lab personnel – again – very few plants have these many certified personnel.

A sophisticated and modern “SCADA” (supervisory control and data acquisition) system is located throughout the plant and controls the entire purification process. Our two distribution pump stations and our five (5) water towers are monitored and controlled by the SCADA system.

As our population continues to grow across the region, the demand for water demand is steadily increasing. The Elyria Regional Water Pumping Plant is here to meet that demand and supply water to our customers now and in the future.

Elyria Water Works partners with local school districts to educate our youth on the processes required to provide clean water to our homes. Our staff has also taught college-level classes for Eastern Gateway College and the Ohio Department of Jobs and Family Services. Elyria Water Works is proud to sponsor drinking water classes for individuals wanting to get an EPA Water Certification. There are three instructors at the plant.