In a ceremony at City Hall on Monday, five new police officers were sworn in by the City of Elyria. Ali Sabeiha, Matthew Perkins, Matthew Diffenbacker, Robert Lenz and John Witthuhn were joined by their families as Police Chief William Pelko and Mayor Frank Whitfield welcomed them into the Elyria family.

“I have two pieces of advice,” Whitfield said. “One, trust your Chief. And two, build relationships with the community.” Whitfield then swore in the new group of officers before their families joined the pinning ceremony.
Chief Pelko said the new officers are dedicated to the department’s core values of integrity, respect, service, and accountability. “I welcome you to this family,” he said.

After the swearing-in ceremony, Pelko told attendees his department is looking for new officers and preparing for retirements. “We are continuing to hire. There is a lot of work to be done,” he said. Whitfield thanked the officers and their families for joining the Elyria community. 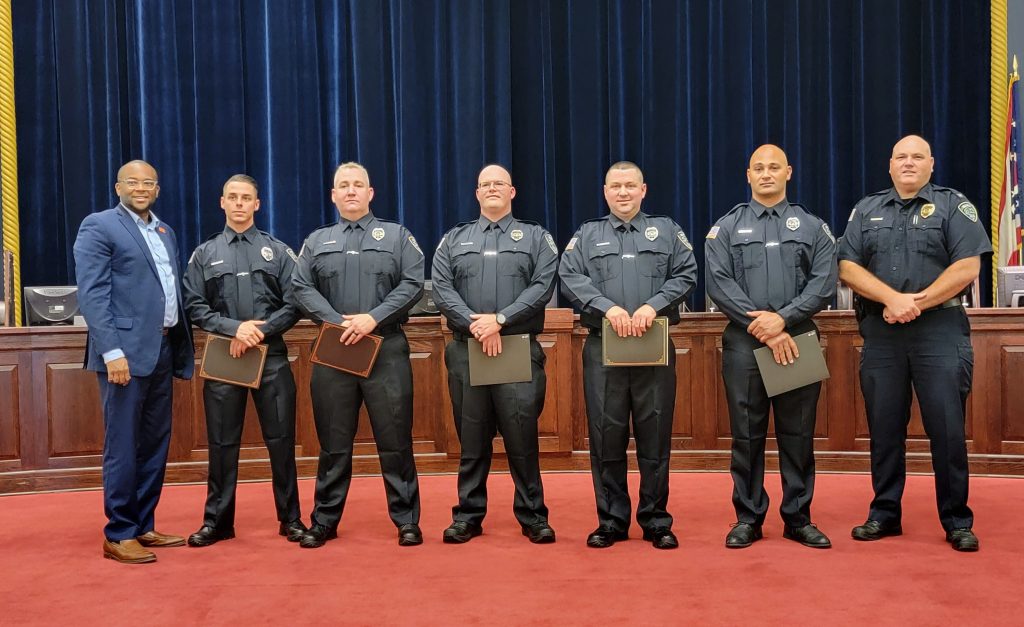